First add the required dependencies and the security key:

If instead of a 64 bits OS, you want the 32 bits version (also covered by Raspberry Pi 4), you should change the reference to the architecture **in the previous command to [arch=armhf].

Also guarantee that you are about to install from the official Docker repository, instead of the default Ubuntu repo: 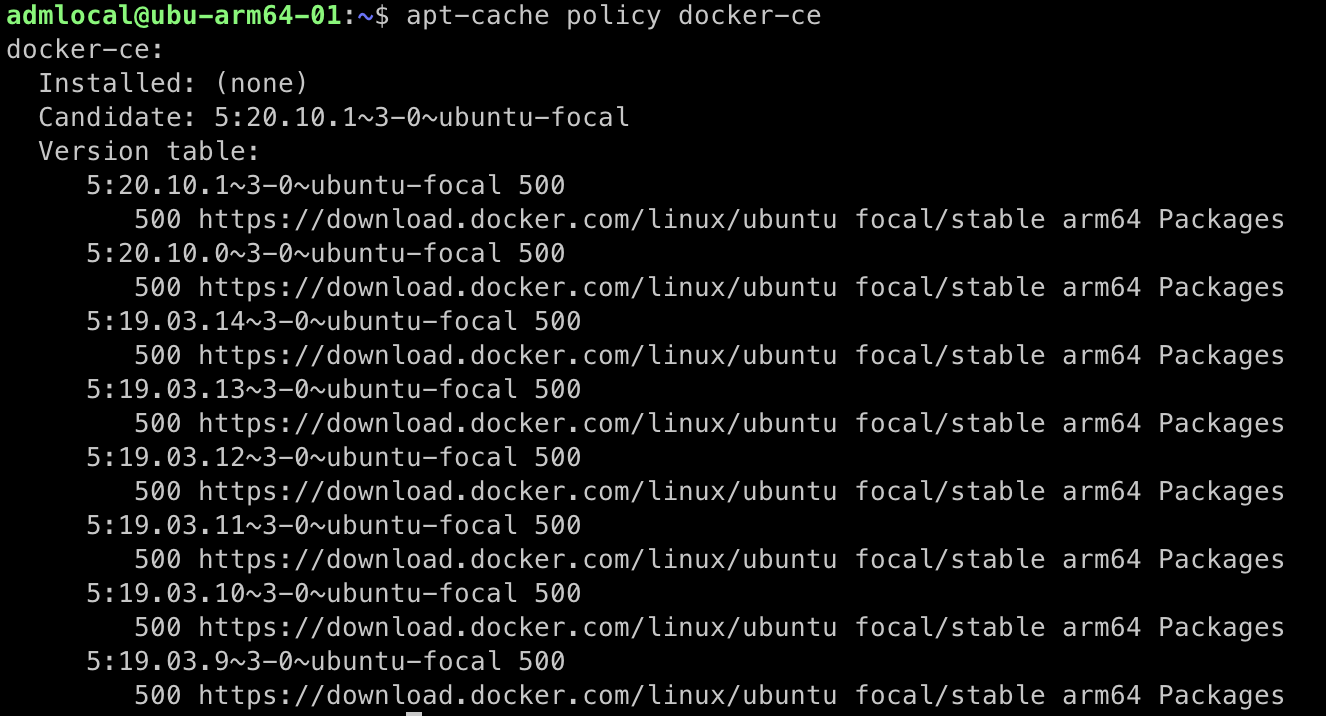 We have finished setting up the repository!!

Add your user to docker group: