I’ve tried many different types of shared storage in my HomeLab, however I’ve never really found the “one”. The vSAN feature of vSphere has been high on the list for a long time and when I finally upgraded my hosts to the 6.5 release, I decided to also go for the vSAN.

My setup will be 1x250GB SSD coupled with 1x1TB storage on two hosts and run the witness appliance on a separate third host. I’m connecting the two datastore hosts using a 1Gb crossover cable, silently wishing for a 10Gb connection in the future. The witness traffic will be routed via the normal LAN connection.

There are quite a few 1 host vSAN guides out there and the initial setup for a 2-node is the same. The 2-nodes does add the tinkering with the data and witness network paths and joining of the nodes. 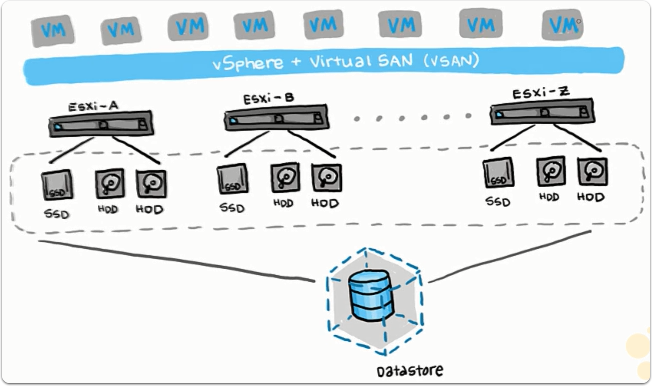 The important UUID key from the sub-cluster master is later used to join the cluster.

This step is only done on the first cluster node. All other nodes are added to the cluster using the Sub-Cluster UUID. 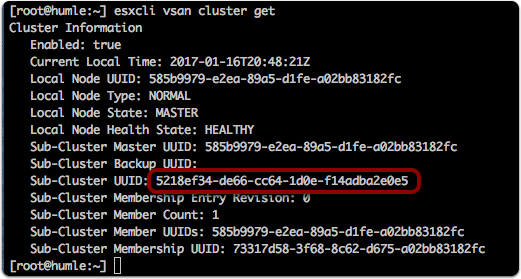 In order to be able to claim disks for vSAN, they need to contain no partitions at all. You can use partedutil to clear all partitions or from the UI on the device view. I had a disk which neither could interpret which forced me to zero out the partioning information using the dd utility. 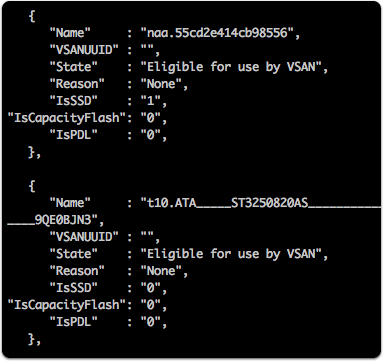 Next step is to add physical disks for VSAN usage. VSAN requires one SSD and one, or multiple HDDs. Use the esxcli vsan storage add command with the options -d HDD1 -d HDD2 -s SDD. You can add them individually as well. 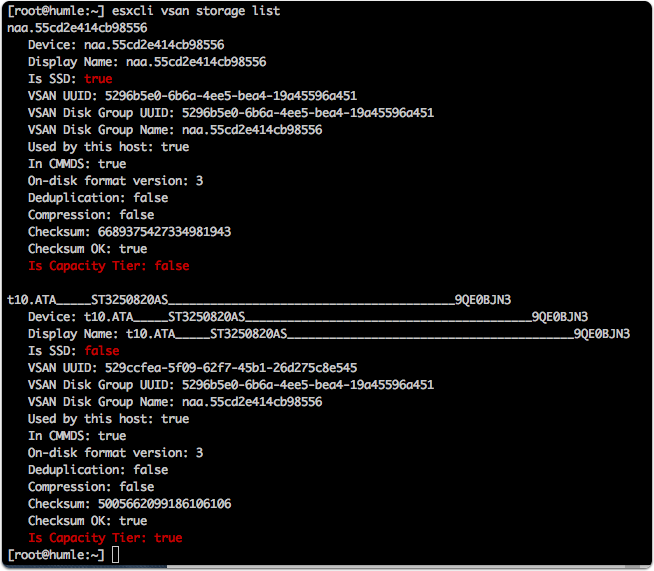 In order to be able to write to the single node vSAN cluster, you need to change the policy. This is only neccessary if you want to setup a single node cluster.

First step is to create a virtual switch which we will bind to a vmk# nic. The same network configuration is done on all data nodes. The witness appliance does not require anything specific.

A way to check connectivity is to ping the ip address from each host. 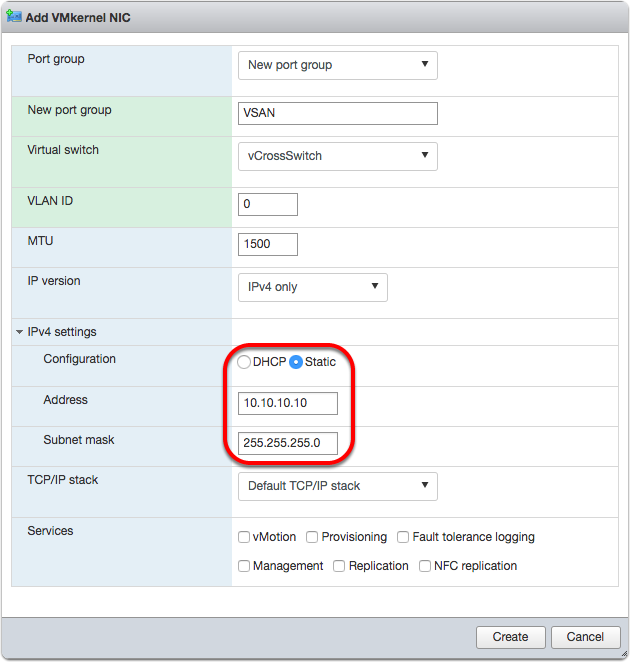 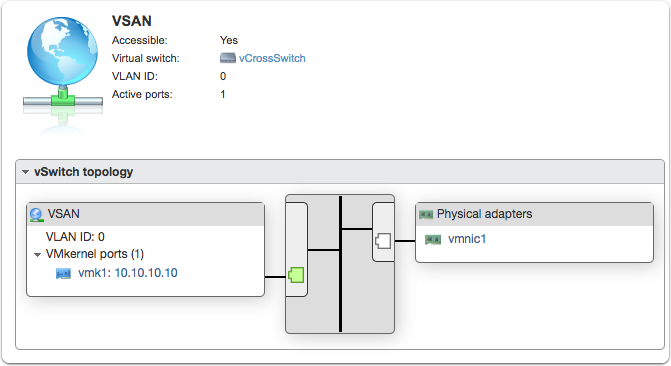 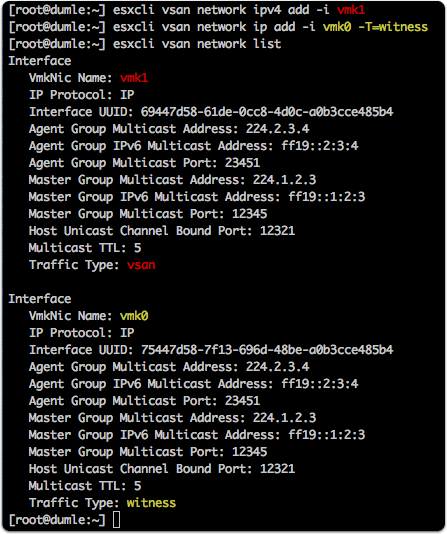 Join a data node to the vSAN cluster

In order to join the witness appliance, you need to specify the fault domain.

This appliance is actually the nested ESXi 6.5 appliance pre-configured for witness traffic. It can be installed from ESXi 5.5 and onwards and should run on a third host, though it will work perfectly fine to install it on one of the vSAN data nodes.

Join the witness node specifying the same sub-cluster UUID as earlier (in this screenshot the UUID is different due to multiple setups). Also specify the fault domain id.

The root directory of the vSAN datastore is non-writable, unless you use the osfs tooling. These are good to use if you want to delete stray content as well. Symlinking may save you some hairs.